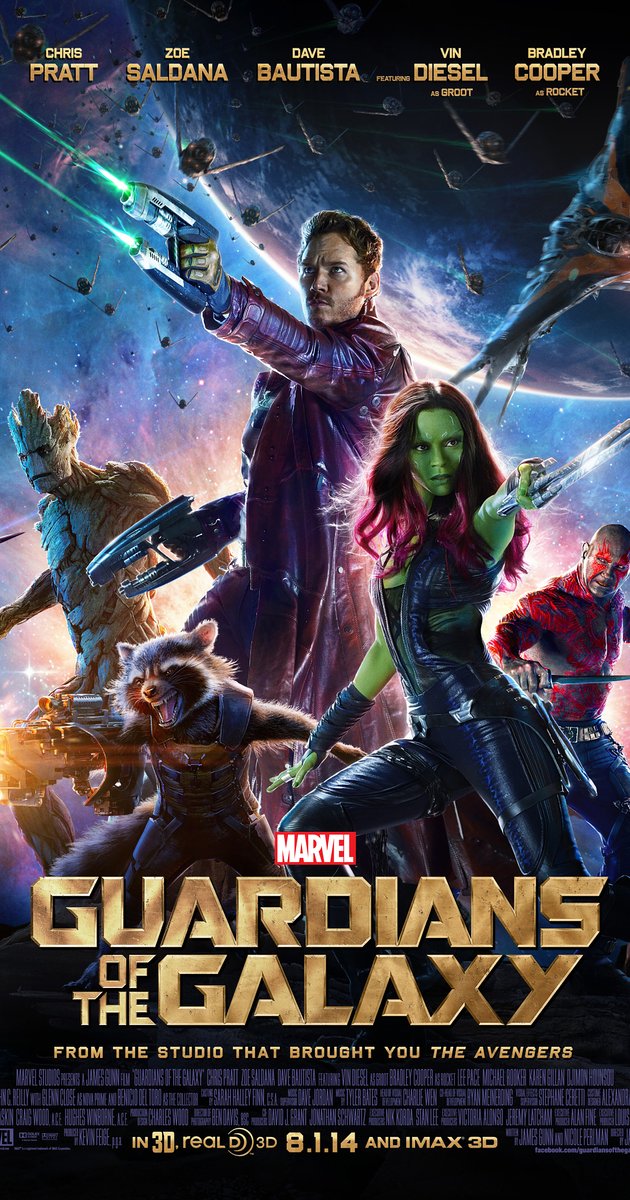 This Movie is about a space explor named chris prat who was kidnapped from Earth his home planet from Yandu a Space ravenger to bring to his father. Chris gets in trouble when he steals this mysterious orb that a evil being named thanous wanted. He runs into one of his daughters Zoe that works for Ronan. He wants the orb to. They met to Bounty Hunters Vindiesel and Bradley Cooper who made to much of a rucces trying to get them and they got arrested a put in jail. Bradley got them out of their right before Ronin got to them and killed every body trying to find the orb. Zoe said they should try selling the orb so it would be safe. They found out what was in it was an infiatie stone. It could only be held and used by a being with exdrodinary strenth. Dave Bautista who was in Jail with them called ronin because he killed h9is family in front of his face and laughed. Ronin came with his army and told them to get the orb becasue Chris and his Friends took the orb and were trying to escape and get it to the nova core where it would be safe. Ronin nearly killed Dave and Zoe's sister shot down her ship in space trying to get the orb which they did. Chris called Thaunu and toold them where he was they got them Chris tried convincing him not to kill him so they could stop ronin from reaching the nov core and destroying the planet. They killed him after a long hard battle and Vin diesil died while trying to protect them. After they won they gained the trust of the Nova Core and there criminal records were cleaned.